A European strategy for plastics in a circular economy 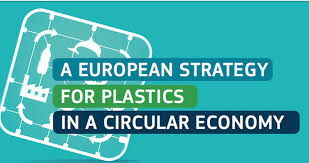 2019 is the year of European elections. This does not pass unnoticed. In 2018 the Brussels political agenda was mainly driven by the Brexit. For the European plastics industry the Commission’s agenda was above all dominated by the Plastics Strategy, a major topic which will impact our advocacy activities for the coming decade.

“The Plastics Strategy will impact TEPPFA’s advocacy activities for the coming decade.”

After a preparatory stage in the preceding years the kick-off was given on 16 January with publication of the strategy paper. The outspoken support from both Vice Presidents Frans Timmermans, responsible for sustainable development and Jyrki Katainen, responsible for Jobs, Growth, Investment and Competitiveness, proves the high-level commitment of the European Commission to turn this worldwide first ever Plastic Strategy into a success. 39 actions are being unveiled step by step. In a first phase the plastics industry was not aligned and came with 2 voluntary commitments, which weakened its position in the initial negotiations with the Commission.

The Pledging Campaign to “boost the uptake of recycled plastics into new products”  is the core of the strategy. The various DGs concerned defined an ambitious set of targets for 2025. 10 million tonnes of recycled plastics need to find their way to new plastic products (including pipes). DG GROW organised workshops to inform and encourage the industry but also brand owners (pull effect) to make pledges. The main focus of the various workshops was on construction, automotive, electronic devices and packaging.

Meanwhile a number of key persons for the plastics strategy within DG GROW changed positions, in view of the end of the Commission’s term in 2019. It temporarily weakened the grip of DG GROW on the Plastics Strategy. Campaign communication remained with the 2 vice presidents with a hidden potential scenario for mandatory recycled content for all plastic products and extended producer responsibility schemes imposed by the Commission. This would definitely weaken the competitive position of the industry and pose a threat to further investments and innovation.

Awaiting the outcome of the pledges the Single use Plastics (SuPs) Directive was voted.  The endless communication chain in social media on SuPs from various DGs erroneously created the perception that this is the essence of campaign. The backbone of the strategy, however, is “circular economy”, the recycling of plastics at end of life and the use of recycled content in new products. The strategy should reduce dependence on fossil fuels, stimulate innovation and create new employment.

Finally, on 20 November the Commission published a preliminary result of the pledging campaign. Both Vice Presidents announced that they received 65 pledges. They confirmed that there was no problem on the offer side to achieve the 10 million tonnes, however on the demand side the pledges made only added up to 5 million tonnes. The Commission now analyses more in detail to guide further actions to close the gap. The Commission strongly encourages to continue pledging.

Still, it looks as if the year will end on a positive note. On 11 December the Plastics Industry organised an EU Plastics Industry day in Brussels. The event created a platform for an aligned plastics industry to present a panoply of actions to the Commission, MEPs, NGOs and EU press. Following intense negotiations, the Commission used the opportunity to announce the launch the Circular Plastics Alliance, an industry alliance with the objective to foster the market of recycled plastics in Europe. Industry is back in charge of monitoring the progress made.  Prime objective will be to deliver. Will definitely continue in 2019.