Circular economy as it was meant to be: rigid PVC from waste to resource as part of the north sea resources roundabout 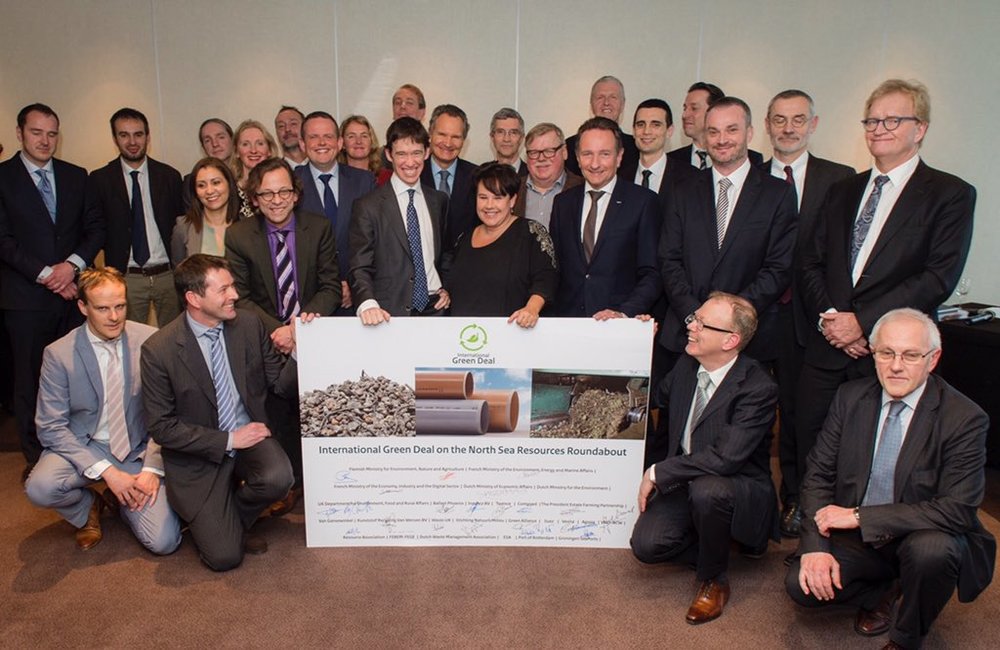 The Netherlands are the first country in the EU to set criteria for end-of-waste for rigid PVC waste.

Ever since the early 1990s, rigid PVC waste has been collected, recycled and used as a resource for new  products (pipe and profile).
With the current focus on circularity it can be said that rigid PVC recycling had entered the circular economy “avant la lettre”.

Despite the good results and achievements documented in the annual VinylPlus Progress Reports there remains a grey area created by EU policy makers, which makes it difficult to clearly decide whether rigid PVC recyclate should comply with the Waste Framework Directive (WFD) or with REACH.

Basically, it’s simple: if it is waste, the Waste Framework Directive applies. And if it is not waste, REACH applies.

To provide clarity and to end the waste status of any waste, so-called “end-of-waste criteria”, which do not exist in the EU, need to be defined.

In the Netherlands, BureauLeiding and other interested parties, started already some years ago discussions with the authorities to define these “end-of-waste criteria” and find ways to resolve this situation. However, due to trench war between DG Environment and DG Growth, there appeared little room for initiatives.

The NSRR  (North Sea Resources Roundabout) international Green Deal, signed in Brussels in March 2016  offered a way forward! It offered the opportunity to a waste collection company, a recycling business, and a converter who uses the recyclate as a resource, to set up a pilot scheme. It further determined the legal and practical boundaries when collecting, exporting and using recyclate from rigid PVC waste. This project was carried out in collaboration with the Flanders (Belgium), the Netherlands and the UK authorities. Other EU member states bordering the North Sea, like France, Germany and Denmark did not actively take part, but were able to monitor the scheme’s developments.

The Dutch authorities benefited from a head start since they were already involved in ongoing discussions with the PVC industry on how to deal with the PVC waste regulation compliance issue and combined their findings with the practical experience from the NSRR pilot project.

Legal Opinion On The End-Of-Waste Status

This resulted in January 2018 in an official document, a so-called legal opinion from the Dutch Ministry of Infrastructure and Water management on the end-of-waste-status of rigid PVC in the Netherlands.

This Dutch approach is interesting and relevant for at least two reasons. In general, the legal opinion lists all the positive developments made by the PVC industry in the last 2 decades (thanks to Vinyl2010 and VinylPlus), and further, it lists the criteria rigid PVC waste has to comply with to acquire the “end-of-waste-status”.

The main advantage of getting this “end-of-waste-status” is legal clarity: REACH applies, and the Waste Framework Directive, especially Annex III, no longer applies.

To avoid any misunderstandings: the CLP Regulation (on classification, labeling and packaging of substances and mixtures) still applies, even after rigid PVC has acquired its end-of–waste status, because the CLP covers mixtures of substances.

The Dutch position on the “end-of-waste for rigid PVC” has brought many benefits to the PVC industry in the Netherlands and efforts should be made to convince other EU member states and the European Commission to follow suit and bring coherence on rigid PVC end-of-waste legislation throughout the EU.

The current public consultation addressing the interface between chemical, product and waste legislation offers a great opportunity to communicate this to the European Commission.