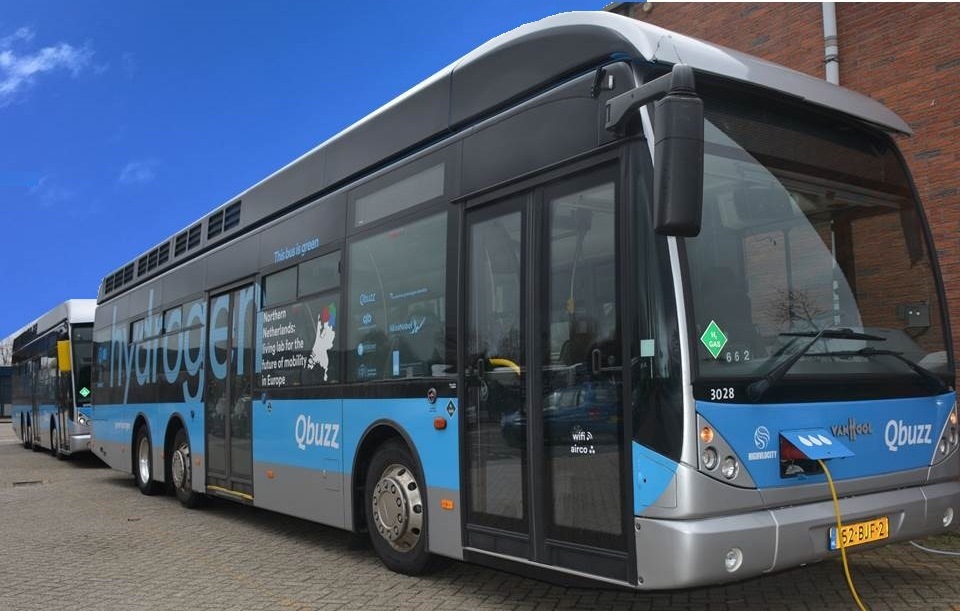 Hydrogen technology is widely predicted to lessen our world dependency on fossil fuel. The application of hydrogen from renewable sources could transform our world and its unsustainable carbon footprint by preventing the CO2 greenhouse gas that it produces. But, in reality, could we pipe this renewable energy to where and when needed? And who will pay for it?

Scientists from one of the most recognized technical institutes in the Netherlands believe that Europe could technically switch to a hydrogen economy on a short notice by utilizing the existing plastic pipe network to deliver the gas. Their evidence in support of this theory is provided by expertise and research ‘to investigate the suitability of a unique plastic pipe system used to deliver hydrogen to fuel a fleet of buses in the Dutch Province of Groningen.’

In touch with the Dutch

Their conclusions based on laboratory findings as well as over forty years of industry experience in the Dutch gas industry are clear. They state: ‘With the application of appropriate measures, most of our existing natural gas networks are eminently suitable for the distribution of sustainable gases such as hydrogen and biomethane.’

The Groningen project test was undertaken by scientists, Harald Ophoff and René Hermkens from Kiwa Technology. “Our objective was to assess the safety and material aspects, as well as maintenance issues of a proposed 150 meter length of plastic pipe,” explains Ophoff. “As hydrogen is more combustible than natural gas, our most immediate concern was to test the pipe material for permeation which has a safety as well as an economic and environmental impact.”

Hydrogen molecules are very small. However, laboratory measurements indicated that results were comparable with that of natural gas.

Human consumption has long been implicated for increased levels of CO2 emissions and thus climate change. The jury may be out but the evidence is more than circumstantial: deforestation, producing cement, burning fossil fuels to power industry, road transport and household appliances.

Given that global carbon emissions in 2018 were set to reach a record of just over 27 billion tonnes, what are we to do?

“Switching to hydrogen in the short to medium term has a positive effect on CO2 emissions,” say the two Kiwa scientists. “With the pipes already in place, the technology is not only safe, it is already being used. Hydrogen is operational well beyond the prototype stage in a number of different applications such as hydrogen boats, planes, trains, many types of automobiles, fork lift trucks, buses and trucks. The same applies for the use of hydrogen appliances to heat our homes. Industrial testing of such appliances is well in advance at this moment.”

Looking back, they point out that conversion to ‘modern’ natural gas last took place in the nineteen sixties and was relatively straightforward. Looking forward, they say that the most important modifications needed for network operators involve measuring and calculating quantities of supplied energy. An additional measure required is to make end-user devices suitable for biomethane or 100% hydrogen.

Peter Sejersen, technical manager for the European Plastic Pipe and Fittings Association (TEPPFA) agrees with this assessment: “Plastic pipe systems are used almost exclusively by gas network operators in Europe. Some aged non-plastic delivery systems are now due for a plastic upgrade or complete replacement.”

“However, the  safety  of plastic pipe systems has been confirmed and well documented in Japan for example, where extreme seismic events are a source of concern.”

“Our systems have an excellent safety record in the gas sector since their introduction more than sixty years ago. Their low environmental impact and low maintenance service life of at least 100 years are compelling benefits. Furthermore, a major contribution to any gas conversion programme is their expedient manufacture, handling and fast installation times.”

The challenge now is not the adoption of the technology but rather the investment required to produce the hydrogen and upgrade gas networks and energy appliances.

Kiwa’s Harald Ophoff is not deterred by the scope and scale of the required capital investment.

Just think of Henry Ford who founded assembly line techniques for mass production. Asked from where the fuel for his automobiles would come, Ford famously replied: “I am not going to worry about that!”.

Nevertheless, Ophoff poses a valid question: “We all know that the market forces decide outcomes and that political will is required to provide that platform for change,” he concludes. “But just imagine for a moment, a fearless world fueled by nature’s endless energy?

Operator of the installed hydrogen pipeline is Groningen Seaports in Delfzijl. Produced as a byproduct by Nouryon (formerly AkzoNobel), the gas is transported at low-pressure (two bar) via a relatively small diameter (110 mm) pipeline to PitPoint, the hydrogen filling station that services the regional bus fleet.

The pipeline material examined by Kiwa Technology was made from PE 100-RC. In order to investigate the vulnerability of PE exposed to hydrogen, the PE pipe material was exposed to 100% hydrogen for 1,000 hours at 2 bar at room temperature.

Experiments for the chemical interaction showed no significant differences between pipes exposed to air and those exposed to hydrogen. From a material integrity perspective, no negative effects were found.

Expert opinion is that the risks are comparable, due to the limited difference in the permeation coefficient and the differences in physical behavior of hydrogen in air compared to methane.