Reassuring reports from the Nordics on microplastics in tap water 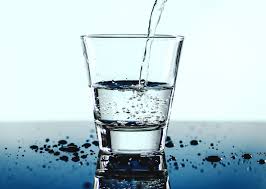 The article was well timed ahead of the publication of the European Plastics Strategy a few months later. National authorities and companies involved in the water supply were taken by surprise and started researching the national water supply chain. Microplastics are typically defined by the European Commission institutes as very small particles of plastic material up to 5mm. They are either formed unintentionally or added intentionally to plastic products.

Moreover, for measuring microplastics in drinking water a safe, validated and acknowledged measurement method needed to be developed.

Research In The Nordics Is Reassuring

Since August 2018 first measurement analyses have been published. The Danish Environment Protection Agency asked the Technical University of Aarhus to develop a measuring method, which might well become the measurement standard in Europe.  The new method was used to analyse tap water at 17 locations throughout the country.  Microplastic particles were measured down to a size of 0.1 mm. The results are very reassuring. Rasmus Moes, office manager at the Danish Environmental Protection Agency, concluded in a report on 10 October:

“There is no evidence that microplastics are a problem for drinking water in Denmark.”

Norsk Vann, the Norwegian association of water and wastewater works, came to a similar conclusion in a report published on 30 August. Norsk Vann researched the most critical locations but concluded that:

“No microplastic particles could be detected or quantified in the drinking water of the water works who participated in the study.”

In Finland the Finnish Environment Institute teamed up with the National Institute for Health and Welfare (THL), the Ministry of Social Affairs and Health and Finnish Water Utilities Association (FIWA).

“The research included various types of raw water and the most common water treatment processes. The research also looked at microplastic in bottled water.”

TEPPFA will further monitor reports and analyses linked to microplastics, not only in tap water but in the entire aquatic environment.