Why flexibility is essential in pipes 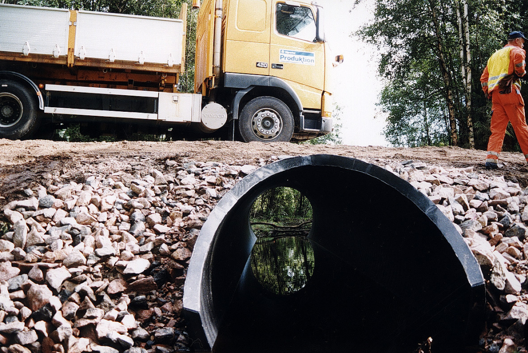 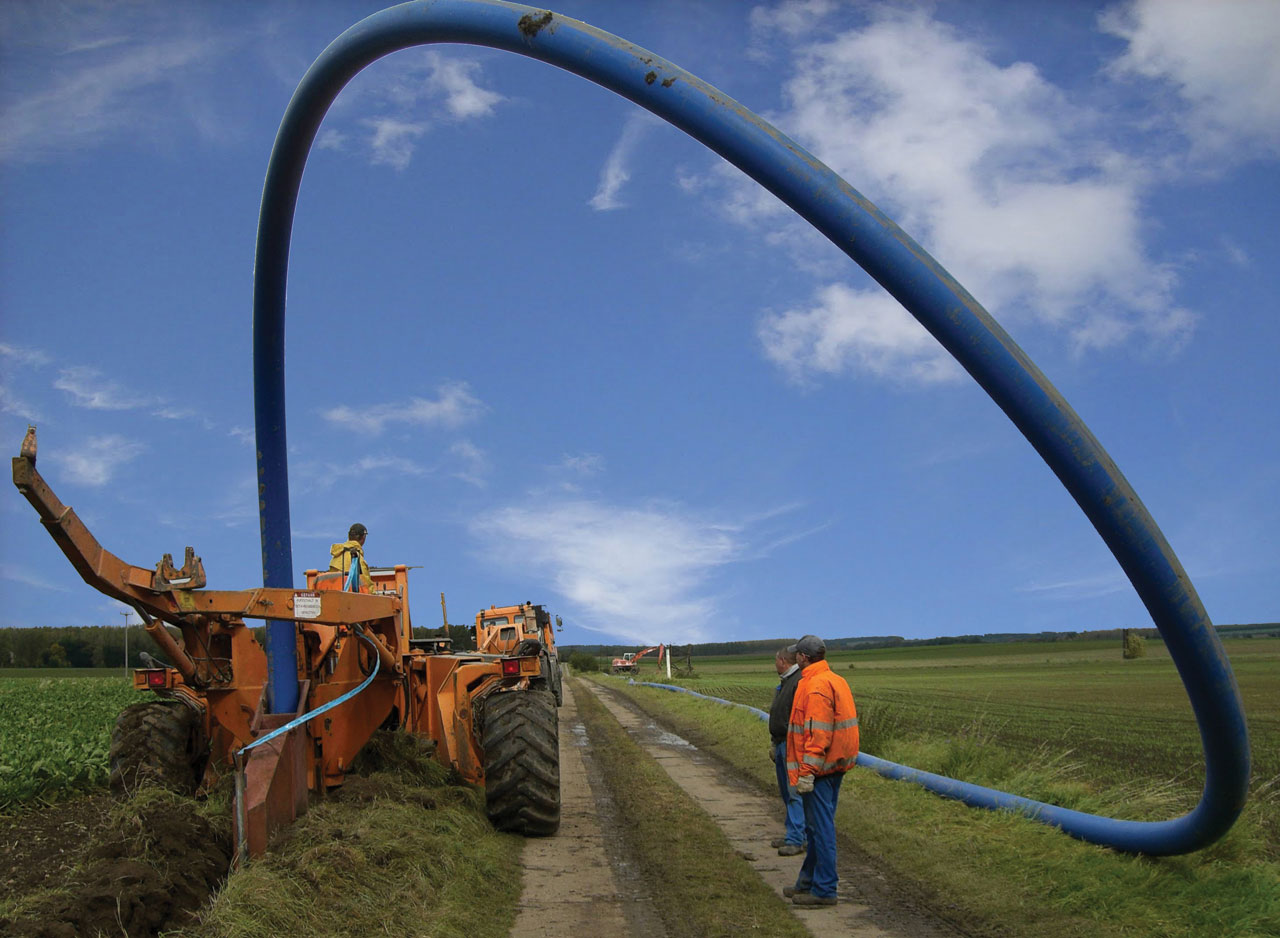 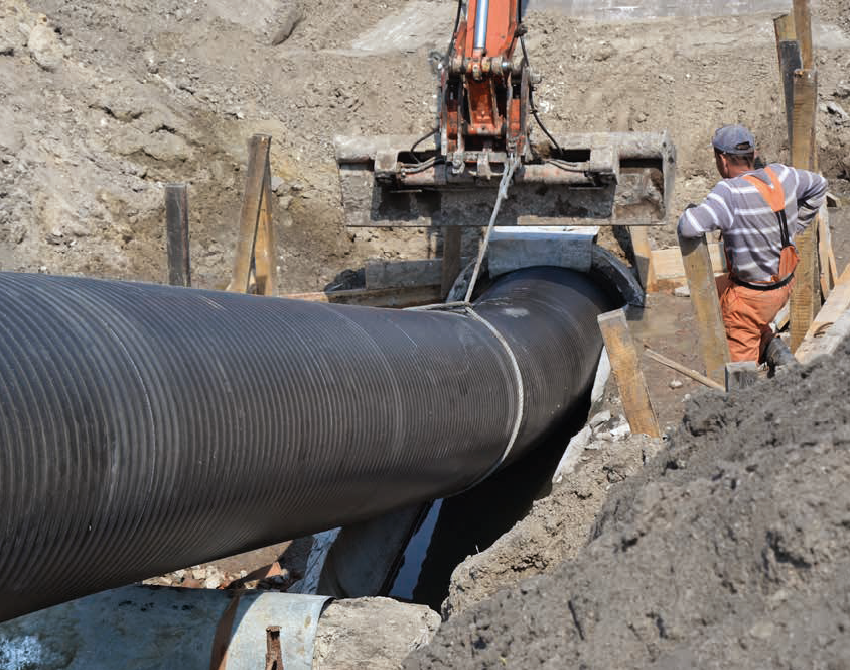 The pipe landscape all over the world is changing. Pipe materials have evolved from grey cast iron and lead into today’s ductile iron, steel and plastics (PE and PVC). Yet it is plastic pipes that have produced the most exciting developments, and possible solutions to longer term issues like leakage, environmental impact and whole-life pipe performance.

In fact, when it comes to environmental events like earthquakes, landslides and tsunamis, plastic pipes have shown incredible resilience and the ability to continue to supply essential water, gas and other services.

Could flexibility be the key?
Buried pipes actually do need an element of flexibility. Without it they can crack or become disjointed. Gaps at the pipe joints then compromise flow performance and allow leakage. Research in Germany, Sweden and the Netherlands has shown that rigid pipes (concrete and clay) contain a higher number of defects per kilometre, when compared directly with plastic pipes,* and much of this can be attributed to ground movement.

Shifting terrain covers a multitude of factors, from serious ground-moving and soil liquefying earthquakes – and sometimes the tsunamis that can accompany them – to landslides caused by extreme weather events, overflowing rivers from torrential rain, and less extreme, but no less significant, earth movement from the weight of vehicles driving over piped areas.

The proof is in the research
A recent engineering report by the European Plastic Pipes and Fittings Association (TEPPFA) called ‘Behavior of Plastic Pipe Systems in Response to Dynamic Ground Movements’ has produced findings that could be of immense value to those working in utilities, including water, gas, sewer and telecoms.

Based on technical evidence describing how plastic pipes behave during dynamic ground movements such as earthquakes, tsunamis or landslides, and reviewing a whole range of underground disturbances, seismic events, deep excavations, traffic loading, frost heave, ground voids and other conditions, the report covers information from over 100 independent sources around the world. It concludes that the ability of plastic pipe systems to withstand the stresses and strains of dynamic ground movements far exceeds that of rigid, non-plastic pipe materials.

The report’s authors stress that whatever the size or source of ground movement is, the ductile and elongation properties of the pipe material must cushion blows from soil loads. They state: “Only plastic pipes and their joints can do this by providing a functional safety buffer.”

Flexible plastic pipes under load will deform, which lowers the stress in the pipe wall and reduces the chances of the pipe failing due to brittle cracking. Laboratory tests and field experience both bear this out, with significantly lower rates of failure in flexible plastic pipes during seismic events than in rigid pipe materials. Stiffer materials suffer from unstable crack propagation, which makes them brittle in the face of cyclic ground movements. And the earth is constantly moving.

The push and pull of subterranean life and its longer-term impact on service connections is just as important, as studies back in 2013 by Arsenio on water supplies in the Netherlands show. The ductile performance of PVC pipes was a key characteristic in relaying essential services successfully. Similarly, where pipes made of rigid materials cannot deform during seismic events, the stresses remain high, making them more vulnerable to brittle fracture due to cyclic ground movements (Kyle Haas). Many pipeline failure assessments have been carried out by utility companies in the aftermath of major earthquakes, from California to China, and from Japan to New Zealand. In all these cases, plastic pipes either remained intact or were less damaged than other pipe materials.

Plastic pipes are incredibly versatile, conveying drinking water, gas, providing radiant heating and floor heating, and transporting sewerage with their high chemical resistance. This flexible deformation without cracking behaviour is a key advantage cited by installers and operators of pipe networks, and indeed has been clearly and positively demonstrated in earthquake areas where flexible plastic pipes have shown less damage than rigid materials. Along with their low weight and easy-to-handle characteristics on site, their excellent corrosion resistance to aggressive chemicals, their hydraulically smooth flow performance and their ability to be recycled, plastic pipes have also shown lower defect levels in research** – 20 per cent of the defect rates per installed length for rigid pipes, in fact.

The opposite of previous thought
Where specifiers of rigid pipe materials have in the past felt that flexibility was a weakness, these many studies prove that it is in fact a strength, and a long-term strength, too. Service lifetime expectancy for PVC and PE pipes used for water, gas, sewer and telecoms is now confidently predicted to be in excess of 100 years, even allowing for ground movement.

Other European studies have shown that ring deflection of flexible pipes is controlled by the settlement of the soil. After soil settlement, traffic and other loads do not affect pipe deflection. Deflection and its variation depend more upon installation quality than on pipe stiffness and it can therefore be perceived as a safety characteristic. For flexible pipes, the soil loading is distributed and supported by the surrounding soil. Where pipes are more rigid than the soil, traffic and other loads have to be directly resisted by the pipe.

Ring stiffness research shows that even under deformation, plastic pipes continue to perform in that their excellent flow characteristics are not impeded by deformation.

Practical examples
In Poland, a 1.5km section of an existing sewer pipeline installation originally made from reinforced concrete had caused many issues over the years due to shifting terrain, causing pipe sections to become misaligned or break away and sewerage to escape into the ground. Rainwater flowed into the pipeline, increasing wastewater volumes and burdening the treatment unit technologically and financially. Sedimentation was also an issue. By replacing 1400 metres of the pipeline with large diameter plastic pipes, joined together by extrusion welding, a leak-proof monolithic pipeline was created that was able to flex with and withstand the challenges of the swampy terrain, delivering long-term performance under all conditions.

In Norwich, UK, a tailored surface water drainage system incorporating 10,000 m of twin wall plastic pipe, with diameters ranging from 225mm to 600mm, was one of the largest privatised road projects carried out in the UK. The speed of installation was a key advantage, and the volume of imported granular fill was minimised. These pipes were designed to the correct stiffness specification to handle traffic loads and the site’s ground conditions.

An expanding UK dairy producer in the Cotswolds specified large diameter plastic pipes along with 90° bends and double T sections to capture and attenuate excess surface water and accidental milk leakages. The pipes were laid beneath its lorry park and well able to handle traffic loads and ground movement.

In Hull, UK, large diameter plastic pipes and manholes were successfully used in a residential development, manufactured to the correct stiffness specifications to provide a robust and efficient system attenuating and conveying water run-off from the development, and impervious to traffic loading too.

And finally…
An independent study by the Europe-based Sustainable Municipal Pipes (SMP) project found that in-service flexible plastic pipes actually perform better than rigid pipes. By comparing the environmental impact of sewer defects and leakage over a fixed period of time (the study was carried out in Germany, Sweden and the Netherlands), the performance and environmental risks showed the advantages of flexible pipes. Without flexibility – which provided durable performance – there was a much higher risk of sewers losing their integrity and leak tightness over time. Fittings suitable for flexible pipelines also ensured more reliable connections, significantly reducing the environmental impact – and improving the sustainability – of these products over time. Therefore, in-service flexible pipes perform better than rigid pipes, which should in time help to alter the traditional mind-set of engineers specifying sewer pipe networks. Buried pipes need flexibility, and flexibility is the key to long-term robust performance, without leakage.

Where specifiers and engineers have used plastic pipes for the first time, they have tended to stick with them for their next suitable projects, as they have had direct experience of the many benefits of using plastic pipes. Certainly, with flexibility providing durable performance in a range of conditions, including dynamic ground movements, and thereby helping to avoid loss of integrity (leak tightness), flexible plastic pipes provide a highly effective, long-term solution, all over the world.

The full dynamic ground movement report can be read at: Plastic Pipes Shaken, But Not Stirred

More information is available from: www.teppfa.eu

*2006 research: ‘European Study of the Performance of Various Pipe Systems, Respectively Pipe Materials for Municipal Sewage Systems under Special Consideration of the Ecological Range of Effects During the Service Life’

** The 2009 SMP study looked at 1800 km of buried concrete, clay and plastic pipelines in Germany, the Netherlands and Sweden, using CCTV footage to assess the states of the studied pipelines and the percentages of defects per km by type of pipe. Plastic pipes displayed less than 25 per cent of the defect rates of rigid pipe systems, and 15 per cent of the environment impact of rigid pipes through infiltration or exfiltration.