Pipes under the Oder 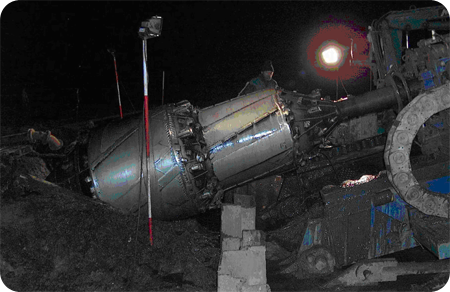 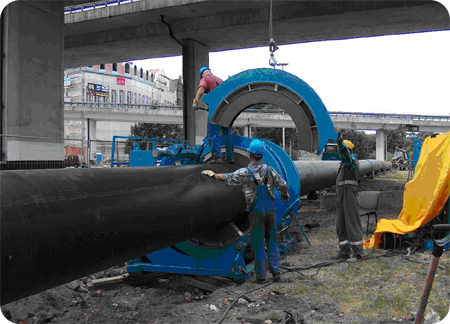 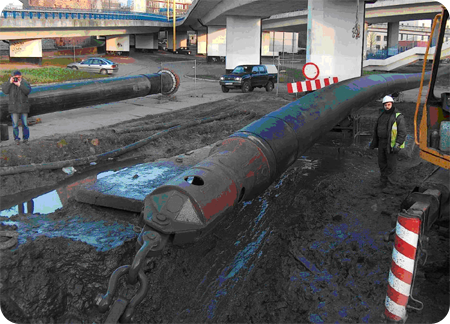 For many years, residents in the Polish coastal city of Szczecin have looked for improvements in sewer and water supply services. But now plastic pipes have restored these vital public services through an ingenious civil engineering scheme. This signature project that involved drilling a tunnel underneath the river Oder resulted in a European no-dig record.

The record in question was for the length of a large diameter plastic pipeline introduced into a bore through Horizontal Directional Drilling (HDD). This pipeline beneath the river Oder was part of a larger plastic pipe network that also required micro-tunneling and open trench technology.

Central to the improvement of sewer and water quality program for the city was a delivery network via four pumping stations and a new wastewater treatment plant. This entire program incorporated plastic pipes throughout.

The record-length HDD was achieved beneath the Oder as part of the installation of delivery pipelines to the Grabów and Dolny Brzeg pumping stations. Six trenchless crossings with a combined length of three kilometers were constructed to accommodate a customized polyethylene pipe made with an outside diameter of 1033.3 mm. Its wall thickness was increased towards the outside to achieve a standard inner diameter of 881.4 mm.

A greater wall thickness translated into increased tensile strength for the pipe. This was essential for the kind of installation technique and for eventual pressures encountered within the transported medium. Pipes were pulled through underground tunnels over considerable distances and were designed to withstand the associated loads.

Plastic pipes are used extensively in these no dig projects on account of their flexibility, strength, performance and durability. Installation times are significantly shorter than those required for non-plastic pipe systems. For example, in the vicinity of Wyspa Pucka, installation of 620 and 626 m long pipes was carried out during nine and eleven hours respectively. They were delivered in 15-metre sections in order to minimize the number of pipe joints.

Nevertheless, installation contractors faced several challenges. Obstacles such as brick and concrete blocks were encountered during pilot drillings near the outlet of one of the bores. Furthermore, steel objects under the Oder riverbed hampered the drilling process. Even flooding from the rising waters of the Oder complicated the welding operations.

Szczecin is the largest seaport in Poland. With a rich history, monuments and culture that attract thousands of visitors a year, it can now provide impeccable water services. Valued at EUR 288 million, the entire scheme to upgrade water quality is already enhancing the lives of the city’s 400,000 inhabitants. Its reliance on plastic pipe technology will ensure that these vital services and a fine public image will endure for many years to come.