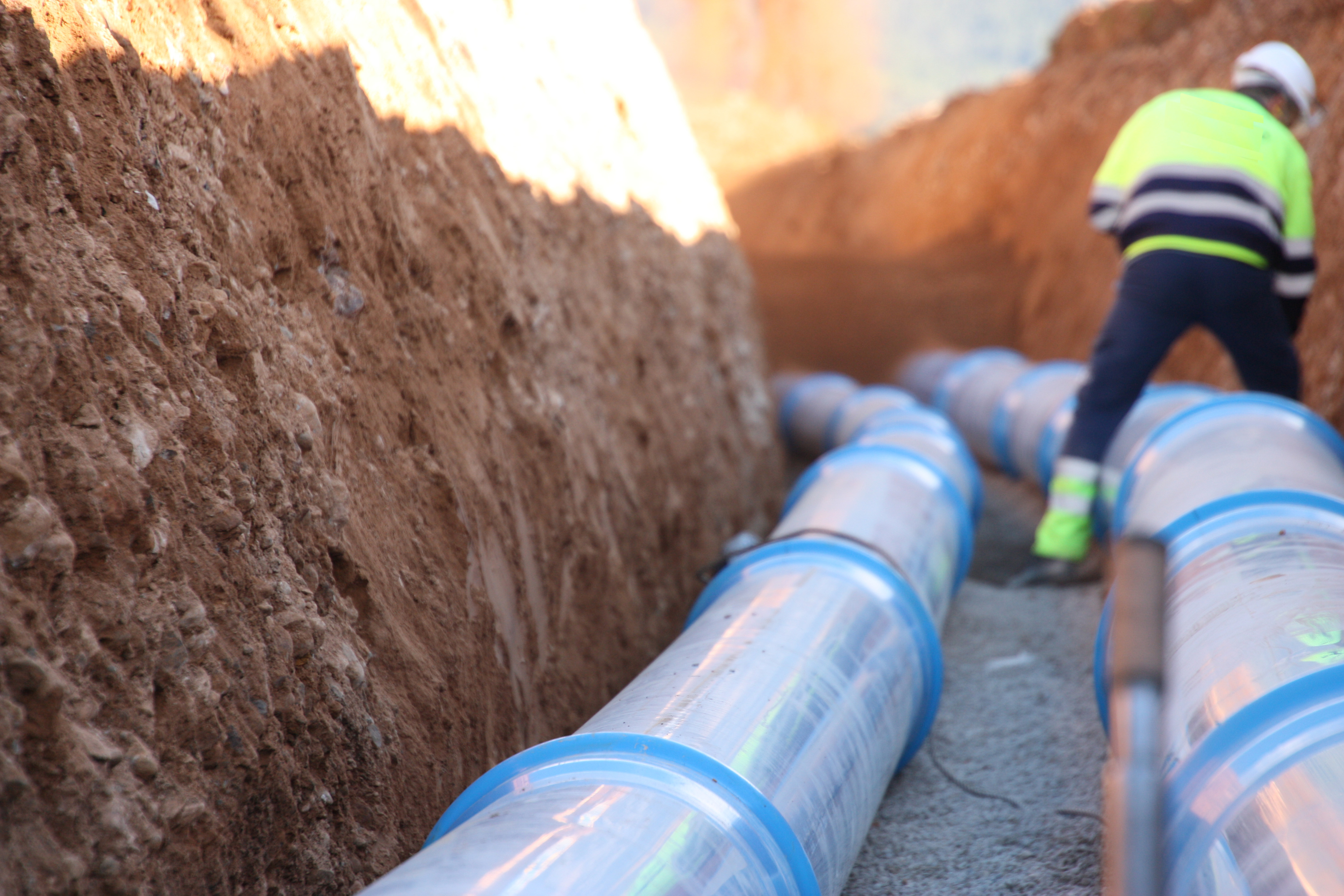 EN 17176 PVC-O piping systems for water supply and for buried and above-ground drainage, sewerage and irrigation under pressure, adopted in the 28 EU member states and other 6 member countries, creates a new Europe-wide voluntary standard for those manufacturing PVC-O pipes, where previously there had been a variety of non-aligned national standards.

This new standard allows specification for PVC-O piping systems intended for water supply use, pressurised (up to 25 bar) drainage, sewerage, treated waste water and irrigation systems, either underground or above-ground where protected from direct sunlight.  It applies to drinking water piping systems under pressure, up to and including 45°C, as well as to pressurised waste water and irrigation.

The key sections of the new five-part standard include the requirements for the raw material, PVC-O pipes and fittings and their testing to fit for the designed purpose of the system:
Part 1: General ( material characteristics, definitions and classifications);
Part 2: Pipes, d (characteristics of solid wall pipes, product range, testing…);
Part 3: Fittings, (characteristics of PVC-O fittings);
Part 5: Fitness for purpose of the system, including its components;
Part 7: (still under preparation) Assessment of conformity.

The new standard is obtainable from the 34 National Standardization Bodies at the European Committee for Standardization (CEN):
CEN/TC 155 standards – sales points in Europe

What’s behind PVC-O?
PVC-O is a remarkably strong material developed by molecularly orienting the pipe during the production process.  This makes it much stronger – yet lighter – than standard PVC-U, and the molecular orientation also endows it with better impact resistance and increased tensile strength.

As a concept, molecularly oriented PVC pipes have  been used in many countries for some time, as they were originally developed in the 1970s. However, it was difficult to produce them efficiently and in sufficiently high volumes.  A PVC-U preform is extruded with a reduced diameter and with a larger thickness followed by an expansion process under controlled conditions.  This technique increases its diameter and re-orientates the molecules to become biaxially oriented PVC-O. However, recent process innovations by manufacturers have changed things. PVC-O pipes are now available up to DN1200 mm, as this new standard recognizes for the first time. This opens new markets for PVC-O products and enlarges the range of plastics products in our industry.  The low material consumption and reduced energy consumption , contributes to the excellent  sustainability credentials of PVC-O.  Besides that, PVC-O is 100% recyclable.

Other benefits of PVC-O include:

Monica de la Cruz is Chair of CEN/TC 155 the European Standardization Committee for Plastic piping systems and ducting systems where this new standard was developed.  She commented: “TEPPFA has been instrumental in helping to bring this new standard into being and it will provide reassurance to specifiers that PVC-O pipes and fittings defined within the standard are of a good quality and fit for their designed purpose.  Oriented PVC is a remarkably strong material and ideal for a wide variety of applications under pressure to contribute to improve Europe’s water supply and waste water infrastructures.”

TEPPFA is a partner organization of CEN/TC 155 and has been involved in the development of many of the 221 CEN/TC 155 standards currently in use, as well as over 40 projects that are presently being worked on.