TEPPFA expands its membership base 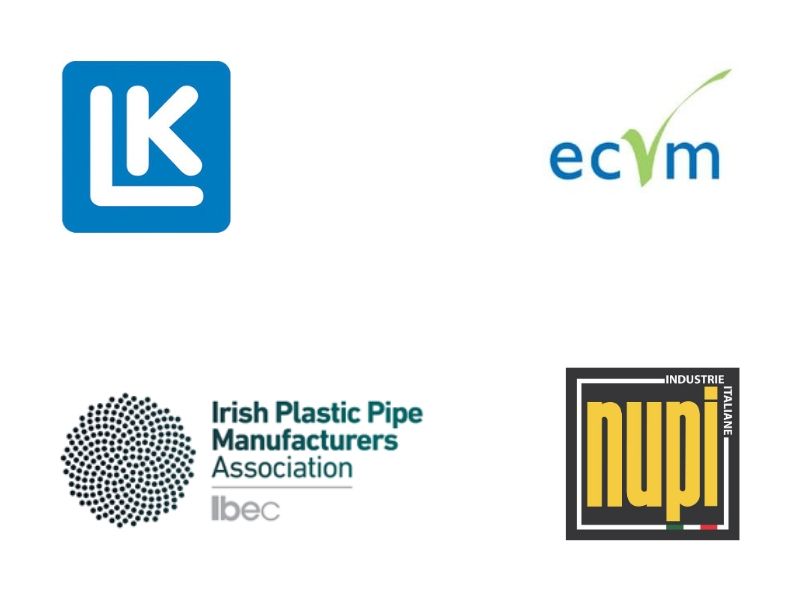 TEPPFA continues to expand its membership base with both direct company members, National Associations and Associated Members.

At the TEPPFA 2019 General Assembly 4 new members were introduced and approved.
TEPPFA welcomed LK Group from Sweden and NUPI Industrie from Italy as new direct company members. The National Association membership coverage was completed with IPPMA, the Irish Plastic Pipe Manufacturers Association.  The European PVC resin manufacturers applied for membership and decided to join as an association replacing the associated member company, Vynova.

LK, headquartered in Bromma, is a family-owned Swedish trading and production group, operating on a global scale within the areas of HVAC and the marine industry.The organisation has more than 400 employees and has sales activivities in 31 countries in Europe, the Middle East and the USA.
The LK Pex Pipe Extrusion business area is a leading OEM manufacturer of high-quality plastic pipes for the HVAC industry, particularly housing applications.

NUPI industrie Italiane SpA develops and produces piping systems for the sanitary sector, industrial, petroleum, gas, irrigation, hydronic and heating applications.
The company was formerly known as NUPGECO SpA, a merger of the companies NUPI SpA and Geco System SpA. In 2015 the name changed into NUPI Industrie Italiane SpA. The headquarters are based in Busto Arsizio, near Milan in Italy.

National Association members to include Ireland as of 2019
IPPMA is the Irish Plastic Pipe Manufacturers Association. It is a sectoral association with Ibec, Ireland’s largest industry advocacy organisation, which represents 70% of the private sector workforce and consists of 38 trade associations.
IPPMA is affiliated to the Building Materials Federation and is responsible for representing the interests of plastic pipe manufacturers in Ireland. Its membership is open to companies manufacturing plastic pipes in the Republic of Ireland.

First trade association to become an associated TEPPFA member
ECVM, the European Council of Vinyl Manufacturers, is a division of PlasticsEurope and represents as a trade association the interests of 6 leading European PVC resin manufacturers. ECVM will be an associated TEPPFA member and will replace the company Vynova, one of ECVM’s members.
The main mission of ECVM is the promotion of PVC benefits in key application markets, including pipes and the development & promotion of health, safety and environmental best practices. ECVM is a founding member of VinylPlus, the Voluntary Commitment of the PVC industry in Europe

Ludo Debever, TEPPFA General Manager:
“We are delighted to find that so many new members find their way to TEPPFA and appreciate the work that our small team is doing to make the voice of the plastic pipe industry heard in Brussels. TEPPFA ensures that its members are aware of new EU legislation and initiatives relating to the pipes sector at the earliest possible stage. Moreover TEPPFA’s members benefit directly from research projects conducted by the industry’s leading experts in the numerous Working and Application Groups as well as Task Forces. The new members confirm that we deliver on our mission: the promotion in Europe of the benefits of plastic pipe systems through robust factual data.”