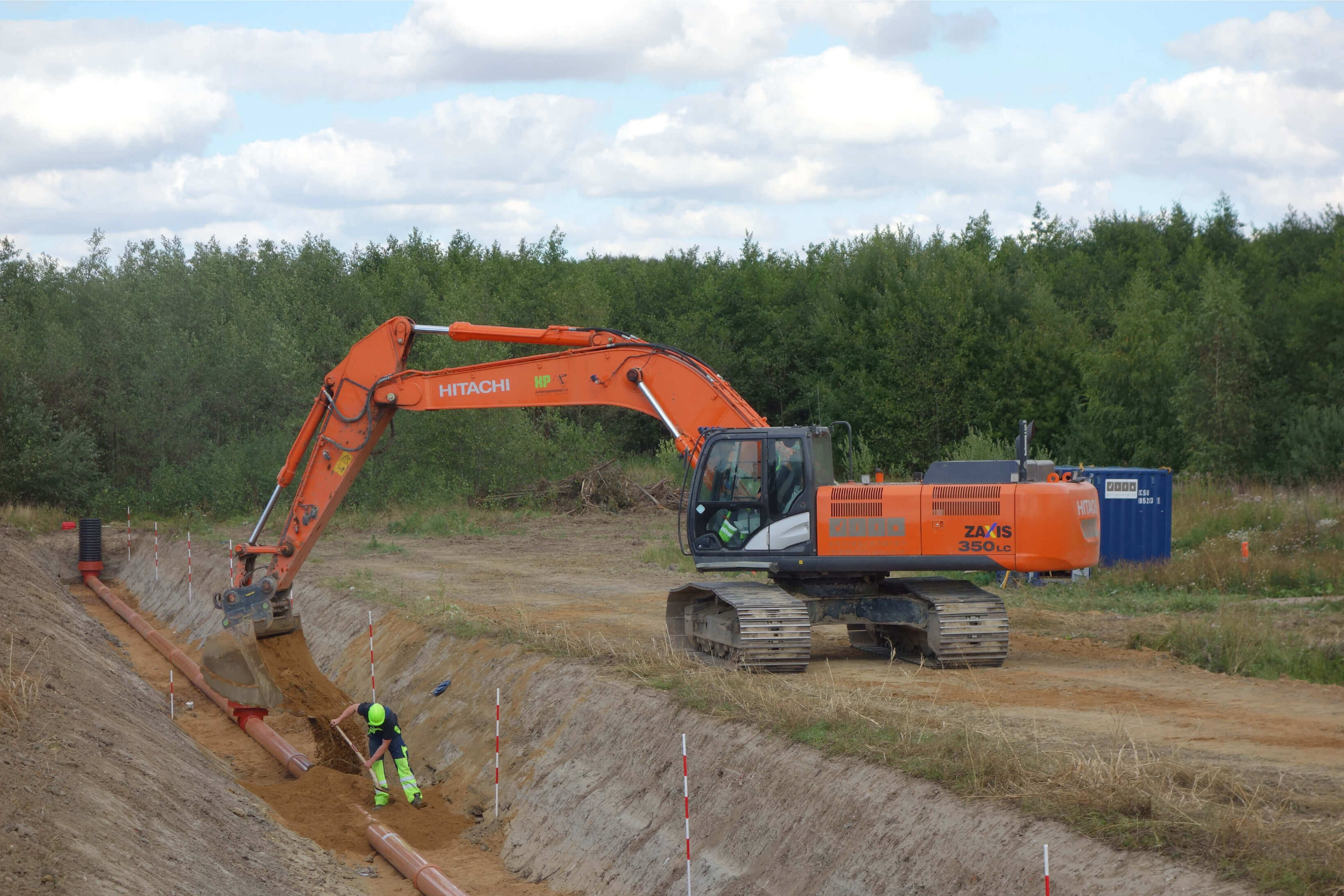 We generally see flexibility as a good thing, whether we’re talking about working patterns or joint mobility. When it comes to sewers however, there’s often a preference for rigid pipes and systems. Generally, they’re seen as the tried and tested solution which offer robust resistance to traffic pressure, earth movement and damage. Flexible pipes, on the other hand, are largely seen as unproven and prone to deformation under pressure. But new studies of underground pipes reveal a different picture. Flexibility, it seems, is actually a hidden strength of plastic pipe systems, as Ludo Debever of TEPPFA explains…

The ‘Great Sewer Debate’ rages about the relevant merits of different materials. In one corner, there are rigid systems such as concrete and clay which point to structural strength and years of proven service. In the other there are flexible systems such as PVC-U, PP and PE, which highlight ease of installation, leak tightness and resistance to corrosion. Whilst these factors explain the steady rise in popularity of flexible systems, doubts still linger. The reason? It seems to be simply that flexible systems are…well, flexible.

It’s a fact that flexible pipes bend – or deform – when they’re buried underground. It’s also a fact that rigid systems don’t. To many people, this suggests that plastic simply isn’t up to the job – but evidence now exists to the contrary.

An independently verified study by TEPPFA compared the incidence of faults in over 1800km of buried pipes – both rigid and flexible. This revealed that the average number of defects in flexible sewers is 80% lower than that of rigid sewers – highlighting the fact that flexible pipes are more able to accommodate shifts in soil or obstacles in the earth.

Even with this study on defects, it seems that there remains a lack of knowledge about how flexible pipes behave in real life, and many are still concerned about deformation and its effects on performance and longevity. This prompted TEPPFA to undertake further research into the design of buried pipe systems, setting out to provide some valuable insight to help sewer engineers make informed choices.

Jointly sponsored by TEPPFA and Association of Plastics Manufacturers in Europe (APME), the research studied the deflection of buried pipes under different conditions. A 315mm solid wall pipe was chosen for the research because it represented a typical pipe application and allowed a wider range of pressure and non-pressure tests to be applied – including the ‘ring test’ and internal hydrostatic pressure testing. To provide real-life insight, the pipes were buried on two different sites: one at the foot of a hilly area with sand and small amounts of silt, the other in a coastal location with a clay based soil, so that the differences between granular and cohesive soils could be compared. Finally, a variety of backfilling methods were applied, ranging from ‘poor’ to ‘good’ in order to assess what impact the quality of installation would have on deflection.

The results – independently validated by industry application experts – were informative. Firstly, even where poor installation practices were deployed, no failure or stability problems were recorded during the 4 years of the study. Secondly, the research demonstrated that deflections occurred soon after the soil had settled, and once the maximum had been achieved, there was little further deflection throughout the service life of the pipe. Thirdly, that the depth of cover, and even level of traffic load, had no significant impact, while the key factor determining deformation was not the stiffness of the pipe, but rather the quality of the installation. Finally, even with poor installation, the expected deformation was well below nationally accepted levels and so there is a built-in safety factor with flexible pipes.

This research was consistent with other similar studies performed in operational sewers throughout Europe. For example, research in Sweden by Lars Eric Janson (Plastic pipes for sewage supply and water disposal) shows that PE and PVC pipes can be subjected to significant strain without risk of cracking. In Germany, Hoechst has undertaken 40 year tests of PE pipes without sign of cracks. And in a previous TEPPFA study, flexible pipes with an in-service life of up to 38 years were excavated from sites across Europe, and none displayed any loss of stabilisation.